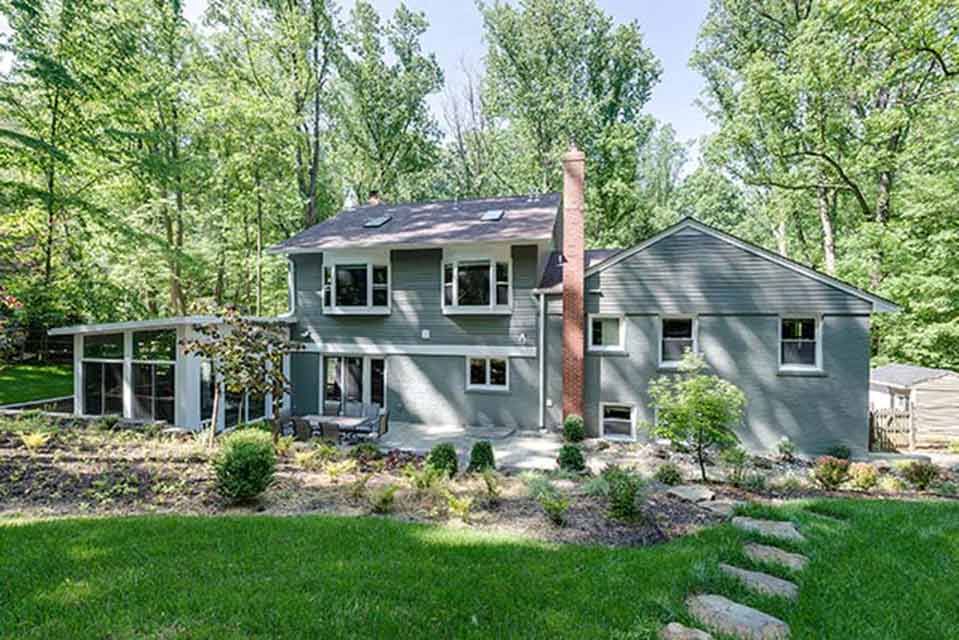 ‘No Need to Move’ Dream House

Take a look at this before and after – what a difference! The owner was ready for a radical change and seriously considered a local move. However, after careful market research and talks with Marr Construction, the owner realized he could build the home of his dreams literally on the foundation of his existing home and at a lower cost than moving! Marr created a completely different living space by opening up the first floor, adding a second story, updating the kitchen and bathrooms, creating a four-season porch, and converting a single car garage to a double! With a project scope so large, there were several challenges including weather and utility capacity. Problems were solved with construction ingenuity and hard work including almost non-stop work to get the roof and exterior completed during dry weather days. Additionally, the homeowner did not want any beams or walls on the first floor so a very large support beam was created to create the open feel. Take a look!